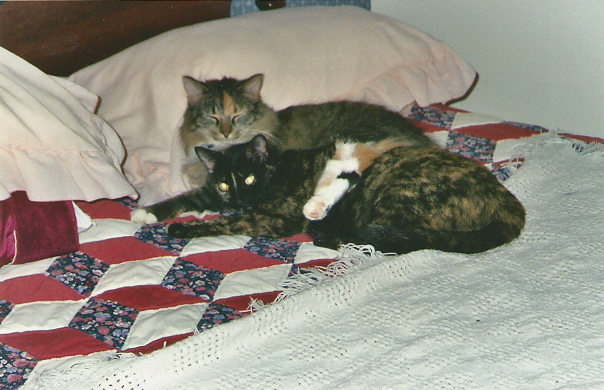 Several people have asked me why I wrote a novel about a cat’s view of heaven and earth.  To be honest, I never planned on writing a book along those lines.  I didn’t have note cards on the subject that had been put away until I could get around to actually writing a novel about cats on earth and in heaven.  I had notes put away on other subjects, to be eventually taken out and turned into a novel.  I had actually started two novels, one about a wizard who travels to the future looking for someone to slay the last dragon on earth.  The other was about two women who accidentally exchange bodies and have to deal with the ramifications of their new identities.

I put them aside, though, to write William and Tibby Forever when my cat William was killed by a car.  On the way back from burying him, devastated by grief, I was suddenly struck by the thought that as hard as losing William was for me, how much harder it must be for a young child four or five years old to lose a beloved pet. Or a person, for that matter.   By this age they are old enough to have learned something about the concepts of death and life after death.  But most at that age have never confronted the finality of death, the realization that they will never see or hear or touch their loved one again. 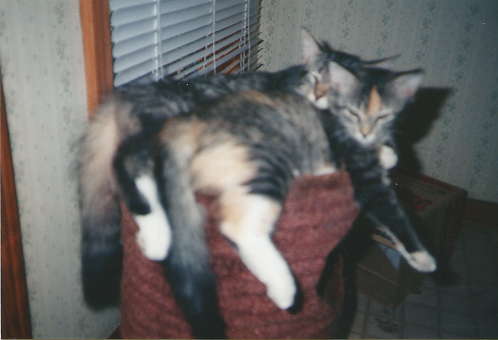 So I decided to write a children’s picture book about William’s death.  It would center not so much on his death but on his adventures in heaven as he awaited the arrival of me and his sister Tibby in heaven and on our lives on earth as we waited to be with him.  It would show Tibby and me doing our usual things.  I would still be sweeping floors, folding clothes, washing dishes.  I would still be feeding Tibby, brushing Tibby, petting Tibby.  Tibby would be napping, hunting mice, and prowling the creek bank.  In other words, life would carry on as usual for all three of us.

But when I sat down to write the book, I wrote ten pages before even getting to the part where William shows up in my life.  At that point, I realized that I had a novel and not a children’s picture book on hand.

After ten years, I pretty well had the novel finished.  Then my cat Elvira, whom I got to lift Tibby out of despair over William’s death, developed a life-threatening illness.  As I said in my last post, I decided to include the story of her illness in my book. This decision meant reworking the entire middle section of my novel, thereby adding five more years to the project.

I understand that you may very well conclude that I am a very lazy writer and not a very dedicated one.  Such is not the case.  My problem is not that I am lazy or lack dedication.  My problem is that I am a woman. And as Virginia Woolf said in “A Room of her Own,” there is no such thing as a woman with a room of her own.   Everyone else’s needs come through that door without knocking and they all come before your needs.  Snotty-nosed children, hungry hubby, birds jumping up and down on the kitchen window sill chirping for their early morning snack, cats meowing to be let out and five minutes later meowing to be let in–all demand immediate attention. Dirty laundry, empty cupboards, uncooked meals make their demands too. In addition, at the time I was writing William and Tibby Forever, I had parents and a sister who were ill.  Overseeing their care took quite a huge chunk of any spare time I might have.  I think mine is the story of many women who write.

That is why I see  red when I read pronouncements by writers that to be a serious writer, one must write for so many hours a day and one must produce so many pages of writing a day.  It is my bet that none of these writers are women who have raised or are raising children.  Enough said.  My rule about writing is write when I get the chance and do whatever else it is I have to do when I have to do it.  And be happy at getting the chance to do both even if it means I might not sit down at my computer for days on end. And that is how I wrote William and Tibby Forever–one word at a time, one paragraph at a time, one page at a time.